General Health & Wellness | A Healthy Home | About Us 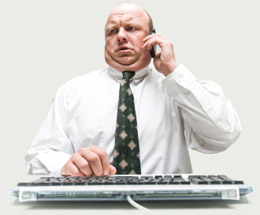 How stress level and sleep time can influence your weightloss success

Success at losing weight may depend on how much sleep a patient gets and how much stress they are under, according to results of an intensive, six-month weight loss intervention program. That's according to a study conducted by the Kaiser Permanente Center for Health Research in Portland, Oregon. It found that, over the six-month period, weight loss correlated with lowering of stress and getting adequate sleep.

To explore the connections between such factors and success in a structured weight-loss program, 472 participants were enrolled in a two-part clinical trial.

Phase one of the study was an intensive weight-loss program in which participants were encouraged to consume 500 fewer calories each day, eating primarily vegetables, fruits and low-fat dairy products. They were also asked to engage in physical exercise for at least three hours each week.

Participants attended 22 behavioral and counseling sessions over the course of six months, setting goals and addressing barriers, and kept records of daily food consumption and exercise.

Phase two analyzed the connection between sleep and weight loss. Success in achieving weight loss goals was more likely among those who slept between six and eight hours each night.

"Recent research suggests that chronic stress results in an increased intake of energy-and nutrient-dense foods, and that hormonal reactions to stressors may be tightly intertwined with regulation of appetite," the researchers explained.

The findings of this study, according to the researchers, also suggest that assessing stress levels in individuals trying to lose weight might identify those who might need extra counseling and other assistance.

From the Research Desk...

Irvine, California - Certain lifestyle changes can be as effective as drugs or counseling in treating certain mental health conditions, it was reported in American Psychologist.

Researcher Roger Walsh, M.D., PhD. of the University of California, Irvine's College of Medicine, reviewed research on what he terms "therapeutic lifestyle changes," which include exercise, nutrition and diet, relationships, recreation, relaxation and stress management, religious or spiritual involvement, spending time in nature and service to others.

He wrote that mental health conditions, including depression and anxiety, can be treated with lifestyle changes just as successfully as diseases such as diabetes and obesity.

He reported that the difficulty of using lifestyle changes therapeutically comes from the long-term effort they require, people's expectations that healing comes from a pill or outside authority, and the constant advertisement of unhealthy lifestyles.

Subscribe to our RSS
Information provided here should not be relied on to diagnose, treat, cure or prevent any condition, disease or illness. Please consult with your physician or health care professional for guidance on any health concern. BoiseHealth.com is a commercial website and is not affiliated with any government agency, university, or private medical center. COMPENSATION DISCLOSURE: This site may be compensated for products promoted here. Read our Privacy Policy and Terms of Use.